The journal of the RRF began publication in 1967 as Raptor Research News, which doubled as an organizational newsletter and a vehicle for scholarship. Starting with volume 6 in 1972, the title was shortened to Raptor Research, which reflected its broader scope. It was also organized into three sections: formal, peer-reviewed Scientific Papers; Reports, Reviews, and Opinion, which contained meeting reports, book reviews, and other secondary material receiving less editorial scrutiny; and Notes, News, and Queries, which contained items typically found in a newsletter.

Beginning with volume 21 in 1987, the journal was renamed The Journal of Raptor Research, its current title. Like the preceding title, it is published quarterly and organized into Research Articles, Short Communications, and Letters, followed by secondary material such as book reviews. 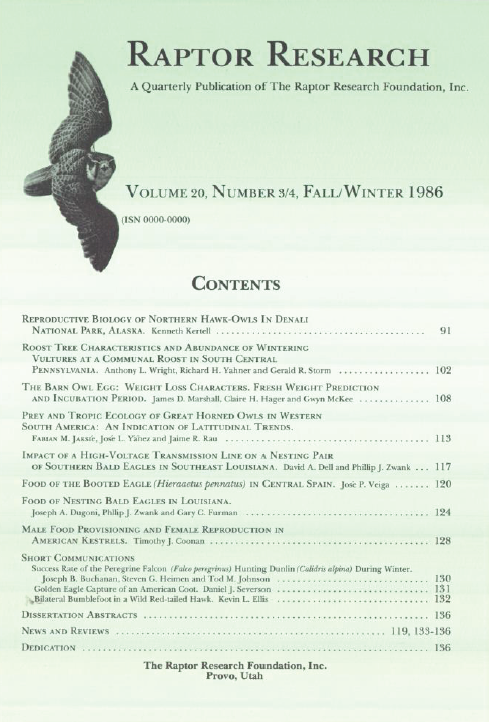