Accounts of ornithological observations at Gibraltar have appeared periodically since the first summary, for 1976, in the Bulletin of the Gibraltar Ornithological Group (the predecessor of GONHS) and later in issues of Alectoris and in Bulletins of the Strait of Gibraltar Bird Observatory. GONHS now issues a separate annual Bird Report, the first of which (for 2001) was published in 2003.

The Gibraltar Bird Report follows the customary format of British county bird reports. Each issue includes a Review of the Year, followed by a Systematic List summarising observations of each species. There is also a Ringing Report, including a list of birds ringed in the year in question. The Report also features tables of daily raptor counts and of seabirds recorded in timed watches at Europa Point. Each issue includes a number of short papers on topics of local relevance, usually presenting and analysing data obtained in Gibraltar or the hinterland. 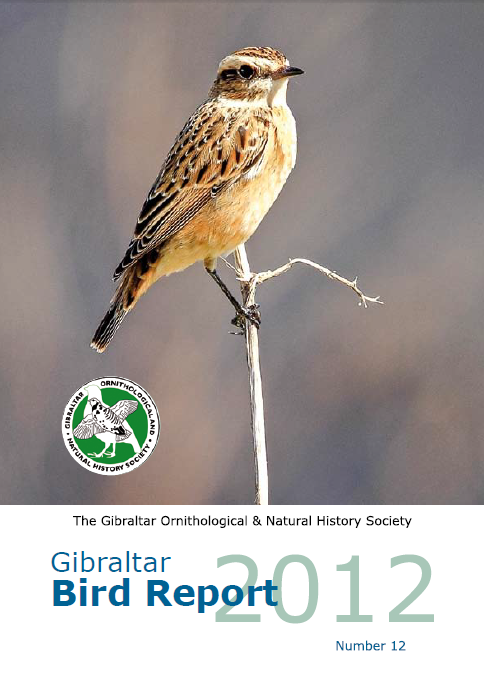