Bird Census News is the Journal of the European Bird Census Council or EBCC. The EBCC exists to promote the organisation and development of atlas, census work and population studies in all European countries; it promotes communication and arranges contacts between organisations and individuals interested in census and atlas work, primarily (but not exclusively) in Europe.

Bird Census News reports developments in census and atlas work in Europe, from the local to the continental scale, and provides a forum for discussion on methodological issues. 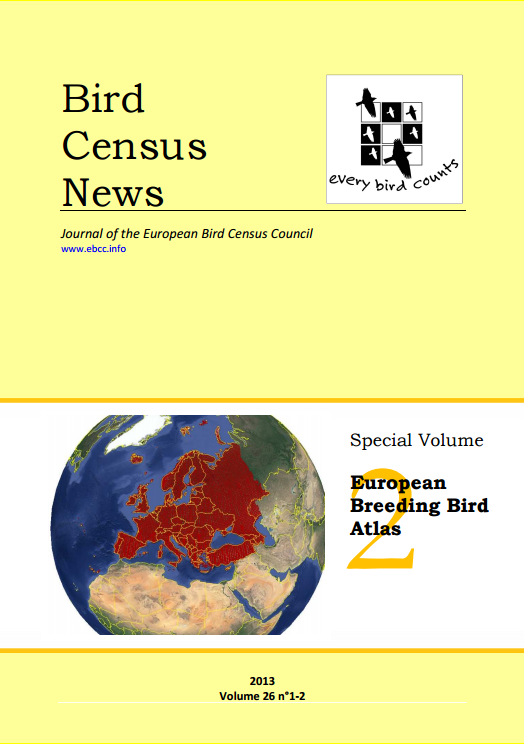